Break Details - Pick your spot and spots will be randomized and matched to Divisions in the following order: Atlantic, Central, SouthEast, NorthWest, Pacific, SouthWest.

The sophomore NBA card effort is mainly about the hard-signed quad relic autograph line, but 2018-19 Panini Cornerstones Basketball still sprinkles in a few other elements.

Just like the 2017-18 debut, each six-card box should deliver two autographs, one relic, two base cards or parallels, and one insert.

Up first, 2018-19 Panini Cornerstones Basketball contains a pair of base cards in each box. A small parallel assortment adds some extra rarity.

In addition, every box includes one unique insert that features holographic foilboard on the front and a plastic back. Options include the artistic Downtown, with a look at the major landmarks of various NBA cities, plus Startups and Unbreakables. 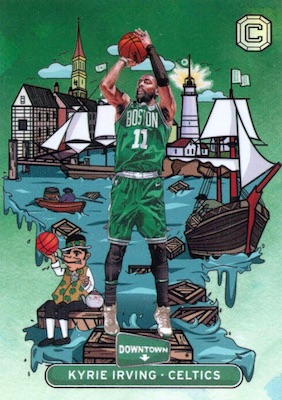 However, if you are diving into Cornerstones NBA, the chances are good that you are looking for the popular on-card Cornerstones cards. The 2018-19 Panini Cornerstones Basketball checklist offers Rookie Cornerstones autograph quad relics with a print run of 199 copies. These also have Crystal (#/75), Quartz (#/49), Marble (#/10) and Onyx (1/1) parallels. 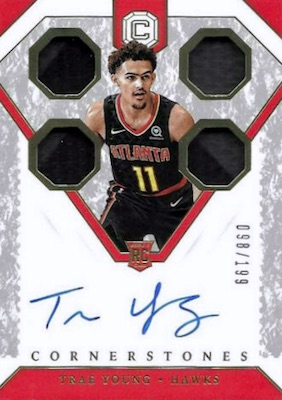 Other signed cards come in Elemental Signatures and Franchise Pillars. Both are capped at 129 copies (or less) and feature the same parallels noted for the Legendary Cornerstones cards. 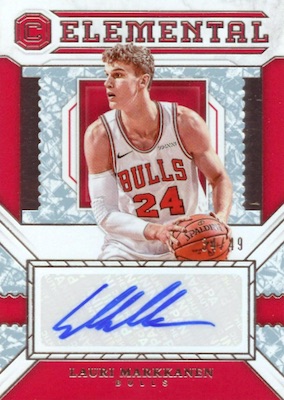